May 28, 2020 By thedangerpoint in Uncategorized

No recovery in sight.  Pay cuts set the stage for sustained decline.

The markets however, appear to have their own agenda.  Like Clara Peller from the old Wendy’s commercial; Where’s the crash? 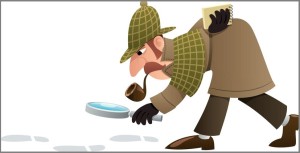 The ’29 market had a sharp drop in May of that year before it went on to September all-time highs.

We could be there … with new all-time highs ahead.

Or, behind door number two; after the initial leg down in September – October of ‘29, the market recovered until late March of 1930, before rolling over.

The bond market continues its reversal.  Real estate’s a lagging market, having pushed higher and negating its previous reversal potential; at least for now.

Biotech seems to be in a world all its own.  The reversal identified here, continues.  Instead of an immediate move lower, we’ve got a topping process.

The 30-minute chart at this link shows attempts to move higher that are not (for now) successful.

If a new daily low is posted in today’s session (below 126.63), we may consider the topping process complete.